Skip to content
Previous Next
Why some couples choose not to marry….. 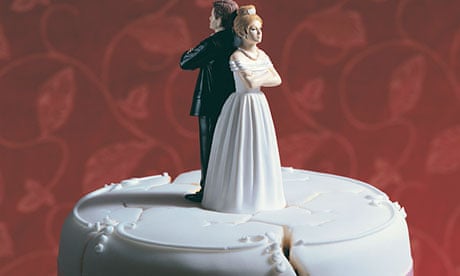 Not all couples plan for a trip down the aisle. Even couples who have been in a relationship for years may choose to forgo tradition and not get married. In recent years, single-parent households, single-person households, and cohabitation have all become more popular. Whether the intention to marry is present or not, couples are now moving in together before marriage more than ever before. This trend may be attributed to multiple factors, including:

Does Cohabitation Measure up to Marriage? If being married is good for health, can we say the same of cohabitation? Unfortunately, the answer seems to be no. Jamila Bookwala, a gerontologist who studies health, marriage, and aging at Lafayette University, says that there’s a fundamental difference between marriage and cohabitation.“The benefits of marriage don’t seem to translate to cohabitation,” Bookwala says. “People who cohabitate do not enjoy the same health benefits that come with marriage. So we have to ask, what is it about the marital union that brings these benefits? The answer is still unclear.”

Part of the explanation may lie in differences in the quality of the relationships of marrieds vs. cohabiters. Relationship quality is generally higher among married people than among cohabitors, Sassler tells us — and marital relationships are more enduring than cohabitations. Both of these factors could explain the difference between marriage and cohabitating when it comes to health and mental health benefits.

Of course, marriage is not a free pass to good health. The quality of a marriage has a lot to with the health benefits the relationship may bring. For example, if a person’s spouse is highly critical, that person is likely to suffer from more chronic illnesses, report more symptoms of poor health, and have more physical disabilities than those whose spouses are more positive. “It’s the negative traits in one’s spouse that really affect a person’s physical health,” Bookwala says. “On the flip-side is mental health. A close marriage is great for mental health.”

Our Attitudes Change As the Years Roll Along

It’s unclear why relationship quality would be higher in marriage than in cohabitation. Perhaps it has something to do with the implied level of commitment that comes along with marriage. Once this is clear, older married people just don’t sweat the small stuff as much as younger people do, and this could be what explains the health benefits of marriage they enjoy. In other words, when you’re older you enjoy the positive parts of the relationship, and let the negative ones roll off your back. On the other hand, young people at the beginning of their relationships tend to focus on the negative aspects, which feeds their anxieties about marriage (and its potential end).

The differences across the ages may have something to do with the perception of time being endless (when one is young) vs. finite (when one is older). This major difference can make people view and value social interactions quite differently. Whatever the explanation, it seems that our own changing attitudes toward marriage what we highlight in our own minds may have a lot to do with the benefits we reap from it.TAKING A LESSON FROM THOSE WITH EXPERIENCEThere are risks involved in taking any plunge in life. And there are clearly certain risks to marriage (namely divorce). But the overwhelming evidence suggests that if it is a satisfying one, the pros generally outweigh the cons.

It’s easy to focus on the negatives since the unhappy and dramatic endings are so often what are spotlighted in the media. But as in other walks of life, shifting focus away from the risks and back to the benefits may be key. This shift in perspective in which the negatives become less important than the positives seems to occur naturally as we age, which may be why older people find so many physical and mental benefits to marriage. So perhaps the trick is to try to change our focus earlier in life so that we can enjoy the same benefits without all the anxieties from a younger age.

Relationships vary widely and deciding to marry or not is a personal choice. But given that strong marriages seem to offer a host of benefits, avoiding marriage because of the prospect of divorce alone may be just the kind of negative thinking that can undermine a relationship. Though it may be easier said than done, taking the plunge if one is interested in doing so and taking it seriously but not too seriously may be worth it in the long run.