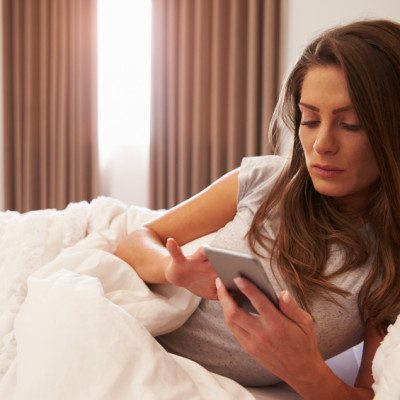 According to research published in Personality and Social Psychology Bulletin, people who have no desire to marry report better sex lives than single people who desire marriage in the future. Strong beliefs about happiness without marriage among single people were also linked to greater life satisfaction.

“We found that single individuals with higher sexual satisfaction tended to have less desire to marry, believe that unmarried people can be happy, have less desire for a partner, and be more satisfied with singlehood,” wrote the authors of the three-part study.

The first study used data collected from the National Survey of Families and Households from 1992 to 1994. The data surveyed American households on different aspects of family life. The authors analyzed information for divorced or never married singles who weren’t living with a partner.

Surveys given to American households questioned a person’s desire to get married, sexual satisfaction, sexual frequency, and life satisfaction. The major finding was that sexual satisfaction was negatively correlated with the idea of getting married. This suggests singles with enjoyable sex lives were less likely to show a desire for marriage.

The second study used questionnaires from the National Survey of Midlife Development in the United States to look at the relationship between sexual satisfaction and the belief that a person can be happy without marriage. The first survey was conducted in 1995 with 81% of participants completing a second survey 10 years later. Similar to the first study, the sample data only included never married singles or divorcees without a partner.

Single people with high sexual satisfaction held strong beliefs about achieving happiness without marriage. Having strong friendships were also linked to having this belief. Sexual satisfaction and active sex life were found to be important predictors in staying unmarried for 10 years.

The final analysis included casually dating singles to study how having a partner influenced happiness and a person’s belief in marriage. The ongoing 10-year German Family Panel study collects relationship data every year from a cohort of adolescents, young adults, and middle-aged adults. They found individuals who reported high sexual satisfaction while the single was more comfortable with staying single. In addition, people reported less desire for a partner if they had a good sex life in the past year.

“Our research demonstrates that having a satisfying sexual life can uniquely contribute to how positive single people view their own relationship status and thus shed much-needed light on potential paths to single people’s well-being,” the researchers concluded.

The study, “Singles’ Sexual Satisfaction is Associated With More Satisfaction With Singlehood and Less Interest in Marriage”, was authored by Yoobin Park, Emily A. Impett, and Geoff MacDonald.