Skip to content
Previous Next
Believe Beyond What You See 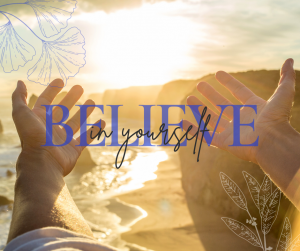 Every negative has a positive if you are willing to seek beyond those things that stand in the way of your vision to be able to see clearly. Believing according to some standard definition means to accept something as true and in order for the acceptance to occur faith has to ignite it, which means that if you can believe the air you breath is oxygen without actually seeing it then you can have faith in yourself.

Today you get to choose to have faith in yourself and in the fact that you have a purpose even though you may not see it, just as you believe in oxygen and its purpose of being able to serve you without ever having seen it.

As a therapist I have been a witness to a common symptom that occurs in this field and that is the negative beliefs that many fall subject to and it is due to these negative core beliefs that dysfunction becomes a way of living causing it to be normalized. This is why being able to recognize your own cognitive distortions is imperative. The following are some tips on ways to recognize your own cognitive distortions to be able to pave the way for newer healthy ways of thinking.

1. Acknowledge your thoughts by observing them rather than judging them
2. Embrace the feeling that you may have that is associated with the thought
3. Identify the feeling that you would like to have to replace the negative feelings that were triggered by having the thought
4. Engage in activities, such as listening to music, to allow the new feeling to become your reality

By taking these steps you will have allowed your thought to remain as a thought instead of becoming your reality.